The Cecil County Sheriff’s Office K-9 Unit plays a vital role in assisting in law enforcement operations.  The agency maintains four K-9 teams made up of a handler and canine partner. All four dogs are trained for tracking, article searches and narcotic detection.  Three dogs are also trained in offender apprehension techniques.  The Cecil County Sheriff’s Office K-9 teams provided 388 Controlled Dangerous Substance Scans/Searches that resulted in 760 grams of marijuana, 249 bags of heroin and $6,035 in currency being seized during 2018 as a result.

The police dogs are chosen for their superior ability to detect and locate persons, property, and evidence. They are trained to track and locate persons that have fled on foot from crime scenes. However, the teams are also used for backing up other officers on alarm calls, in building searches, fight calls, locating lost or missing persons, and in conducting security checks of businesses.  The Cecil County Sheriff’s Office K-9 teams provided back-up to patrol 1230 times, provided 32 building scans and 7 public school scans during 2018.

One K-9 team has the potential to save the agency hundreds of work hours per year because of the dog's superior sense of smell and hearing. These highly trained teams are a valuable resource to the Cecil County Sheriff’s Office and are often called upon to assist other agencies.  The Cecil County K-9 teams assisted other agencies 429 times during 2018. 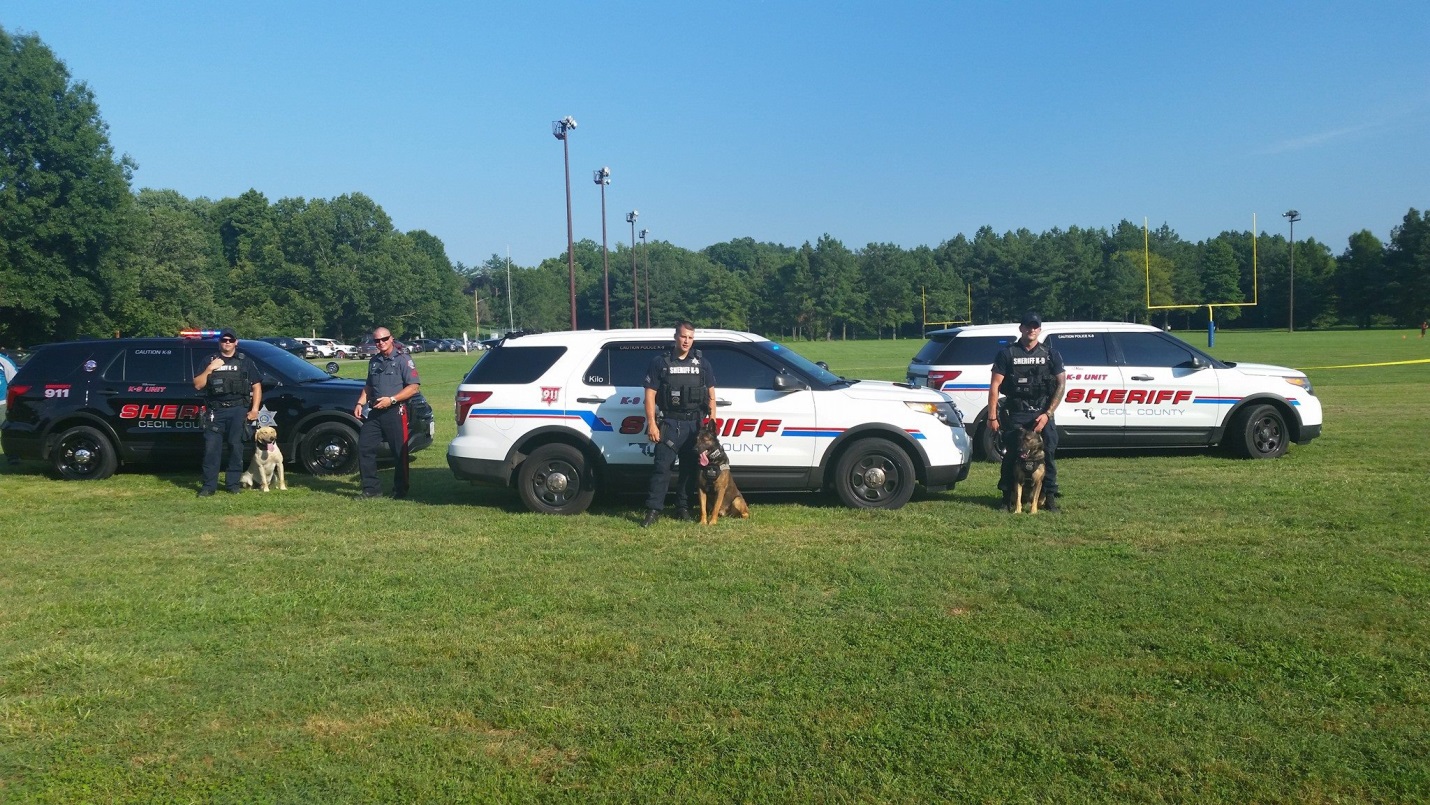