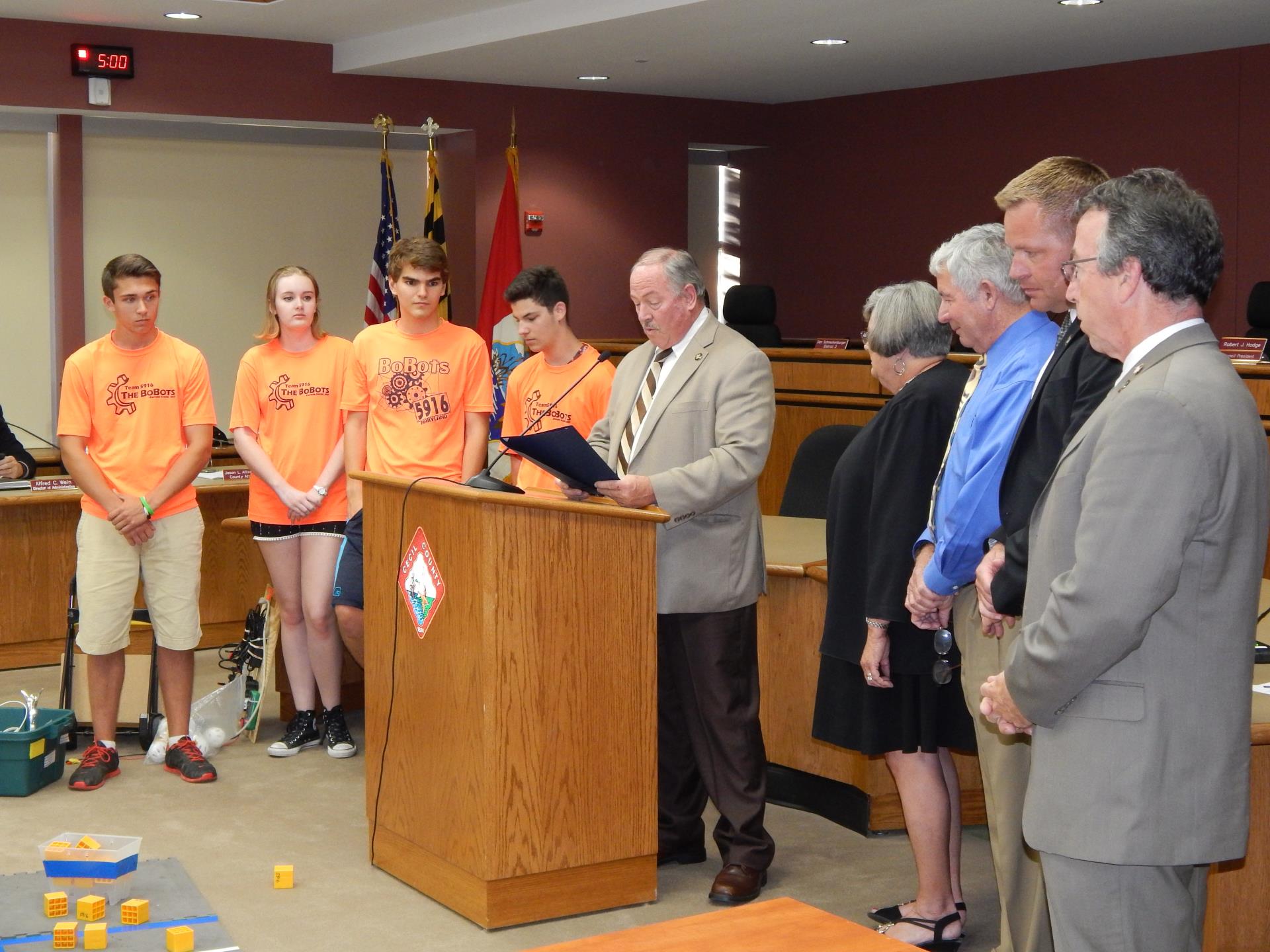 The Council presented a proclamation in recognition to the Bobots, including Sean Roelofs, Chris Bainbridge, Nathan Daciuk and Katie Koerner, who won the world championship at the 2016 International FIRST Tech Challenge.  The Bobots demonstrated their robot for the Council Members and audience.