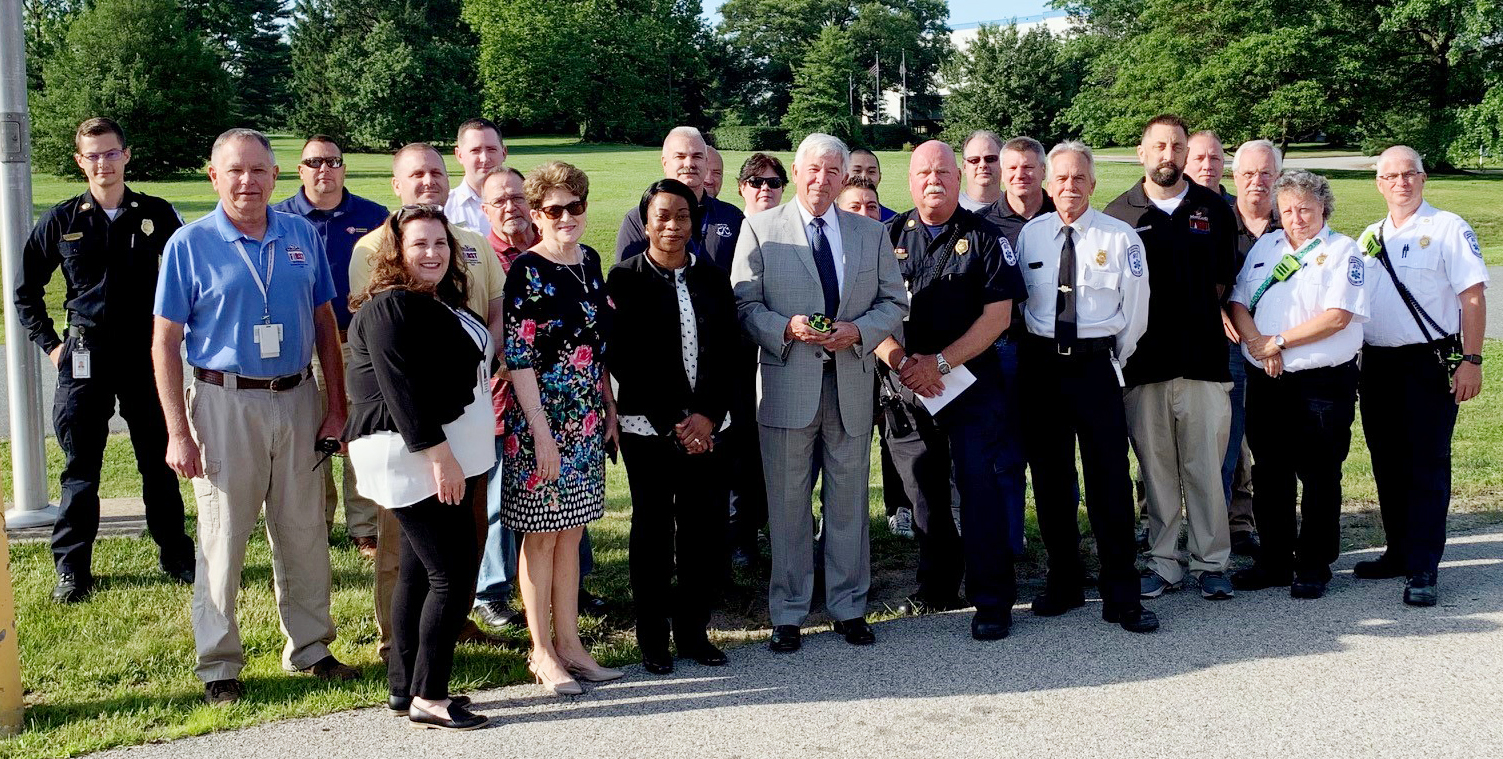 The County finalized the agreement with Motorola Solutions in October 2018 to purchase more than 1300 mobile and portable radios to allow all County services to operate seamlessly on the statewide Maryland First Responder 700 MHz radio system.

"We went live prior to 6 o'clock this morning when #392 out of Singerly was at Christiana, Delaware dropping off a patient and transmitted from the hospital. We have been live since then without a complication on the new system," said Brooks.

"The County Executive has been a full supporter of the new radio system and going ahead with the project from the beginning. All he ever wanted to know was 'when are we done?', and we're done. We're here. We're running. We're operational. We are well," Brooks added.

Addressing the project teams gathered in the Emergency Operations Center, McCarthy said, "I am very proud of all the hard work you folks have put in to make this work. This is truly a reality and I know it's been a lot of time in the making, but I think we have a very good communications system now and hopefully it will give us many years of very productive, good service to our citizens."

Read more about the partnership and agreement.