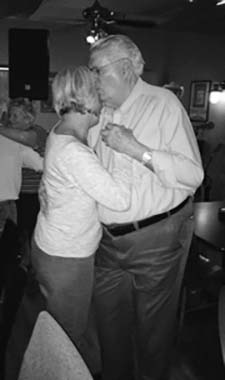 ELKTON, MD. – Sadly, Cecil County Government learned of the passing of H. Norman Wilson, Jr. of Elkton, on Saturday, May 11, 2019.

Among his many achievements, beginning as early as 1971, Mr. Wilson held various positions within Cecil County Government over the years as county attorney, and board attorney for both the Board of License Commissioners and the Board of Elections.

To say that he left an impact on many of his family, friends and co-workers, is truly an understatement. County employees shared some of their thoughts on his passing:

“I met Norman in 1978; we quickly became friends and our bond grew even stronger over the past 10 years and he became more like family. I had nothing but respect and admiration for this man. Mr. W. will always be in my heart and missed tremendously.” – Earl R. Bradford, Cecil County Liquor Board Chief Alcohol Inspector.

“I’m deeply saddened! Mr. Wilson was the sort of person who always made time to call to see how I was doing; always asked how my family was before doing any business. He had a way of making me feel like the most beautiful and most important person in the world at that moment! I will miss him tremendously!” – Robin Trader, Cecil County Liquor Board Administrative Assistant.

“Norman Wilson was a gentle, thoughtful man who provided the Elections Office with guidance and legal support for many years. More than that, he was our confidant and our entire staff will miss him. His passing leaves an emptiness in our County which will be difficult to fill.” – Ruie Lavoie, Director, and Lora Walters, Deputy Director, Cecil County Board of Elections.

“Norman was an exceptionally special, important, and beloved person to me. Words cannot express the magnitude of loss that follows his untimely passing. Norman was a mentor, teacher, friend, and father figure, fiercely loyal, thoughtful, even tempered, and kind. I learned so much about how to be an attorney, a professional, a gentleman, a leader, and a friend from watching and interacting with Norman. He was there for me through some of the most trying moments of my life, and I will miss him deeply. I already do. – Jason L. Allison, County Attorney.

“I’ve known Norman for over three decades while working in County Government and simply stated, Norman was a class act. As most people who knew him will tell you, he was a true gentleman. He always asked me first how I was doing and how my family was before continuing the conversation. I could always rely on him for sound advice and I always felt special when he referred to me as his friend. I will miss him greatly, but I feel comfort in knowing that Cecil County is a better place because of his hard work and dedication.” – Al Wein, Director of Administration.

“Norman was a very kind-hearted, generous and giving person and a very good friend of mine, and a great friend to Cecil County. He will most certainly be missed. I extend my deepest condolences and continued prayers to his dear family as they learn to cope with this incredible loss.” – Dr. Alan J. McCarthy, County Executive.

Mr. Wilson’s full obituary, including funeral arrangements, can be viewed online at http://rtfoard.tributes.com/obituary/show/H.-Norman-Wilson-107096702.

Rest easy, Norman. You will be very sadly missed by so many.